“Confessions of a Former Follower” 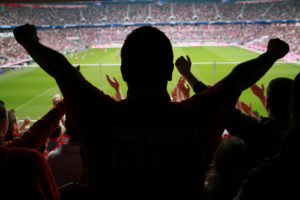 I have to confess something to all of you today. I have to admit that when I was asked to read this book I thought, “Cool, I’ll read this. I’ll get a little confirmation that I’m not just a fan of Jesus but I’m a really committed follower”. Or so I thought.

The truth is I was a committed follower a while ago but somewhere along the way, slowly but surely, I had lost my first love. I wasn’t passionately pursuing Christ anymore. Instead, I have become a professional Christian. It didn’t happen overnight. It was a slow and gradual process. Working for my church for 13 years was truly the greatest years of my career and I can honestly say even today that I would not trade those years for a million dollars. However, somewhere between working yet another Wednesday night fellowship dinner, making sure there were enough ushers for Easter, making sure there was enough coffee ready for all the Sunday School classes and the countless other ways I was serving Christians, I had lost my passion for Jesus, the one in whom I was serving for. Those of you who know me, know that I am the guy who always proudly said that I think Martha gets a bad rap and that someone has to be busy in the kitchen so that Mary and everyone else gets to enjoy sitting at Jesus’ feet.

It was in the pages of this book that I heard the loving and gentle voice of Jesus tell me the same thing he told Martha that day in Luke 10:41-42, “But the Lord said, “(Marcus), dear friend, you are so upset over all these details! There is really only one thing worth being concerned about. Mary has discovered it—and I won’t take it away from her!”

The book itself, though profound in message, was easier to read than anticipated. I expected it be like David Platt’s book “Radical” and be a very serious and somewhat stern look at the differences between followers and fans and was really looking forward to just getting it over with. But any book that quotes Inigo Montoya from the movie Princess Bride as well as a full sentence written in the Star Trek’s “Clingon” language just in the first chapter drew me in quickly.

The book is broken up into three main parts; Defining The Relationship; Fan or Follower, Christ’s invitation to be a Follower and then Following Jesus – Wherever, Whenever and Whatever.

Defining The Relationship is where I first discovered that I had grown comfortable in my relationship with Jesus. Like often is the case with a long married couple, I stopped pursuing him like I pursued my wife when we were first dating. I still loved Jesus. I still served Him, but now I was far too often sitting on the sidelines and not getting engaged with him one on one or in an intimate way. Just like with my wife, it takes work to stay in a deep loving relationship that is more than just being roommates. The essence of this section says; He wants to know us and he wants us to know Him in the same way that man and wife know each other in the physical and spiritual sense. As I said, it had been a long time since I knew him like that. We had just become just really good roommates.

The following section is where I discovered how to reaccept the invitation to become a follower again. It was in these pages where I was reminded that in order to truly be his follower that I had to daily deny myself and my own goals and ambitions, take up my cross and passionately pursue him again! Of course, the hardest part of recovery is admitting you have a problem. That was true of me. I had convinced myself that we were close because I talked about him a lot and I served others in his name pretty much every day of my life. Yet the reality is, that does not mean we were close. Once I admitted that to myself, I also had to confess that to him and repent. I then made sure that I admitted that to those closest to me including my family and my ministry partners.

The last section of the book is where I found the nuts and bolts of how to put it all together and get back on track again to being a committed follower of Jesus. The part I love most about this section is the reminder of my true identity. I am not “what I do for Christ” but rather I am what Christ has already done for me. I am not the 13 years of church work and 1 year of Christian Conference Center work. Those things are what I do out of gratitude for what He has already done for me on the cross. Who I am in Christ, is His beloved son. And He loves me deeply. He loves me so much that He died for me and He did all that just so that I could be close to Him and walk with Him for all eternity.

So maybe you are like me. Maybe you were once a committed and passionate follower of Jesus and you lost your way for a while. Or maybe you have known about Jesus for a while but you can’t really say that you know Him in a deep and profound way like you know your spouse. Whatever the case, I think this book is a great start for any of us who are on the journey of following Him. My name is Marcus White and I am not a fan.

A book summary of  “Not A Fan” by Kyle Idleman.

Executive Director of the Gachp

Writing a menu that will attract business

Who Moved My Cheese? Book by, Dr. Spencer Johnson, summary by, Angie Poore